Counting Stars in the Night at VanDusen Gardens.

This past weekend the Husband and I took the kids to VanDusen Gardens Festival of Lights. We prepared for rain, but lucked out with a late day clearing. The light mist only added to the ambiance. Coloured lanterns, and lights covered virtually every surface. I was impressed at how detailed and fine the strings were laid while still having taken great care with the plants. 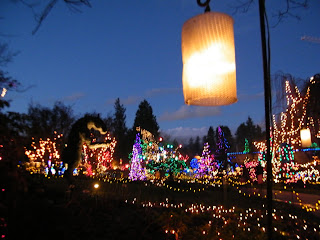 The creativity of the displays was inspiring. 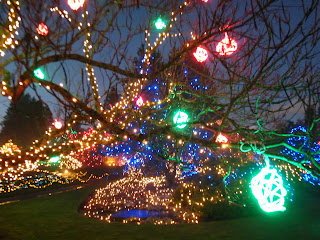 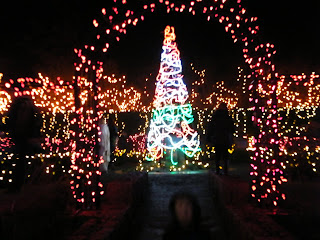 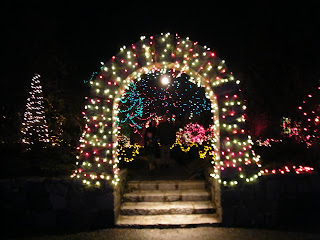 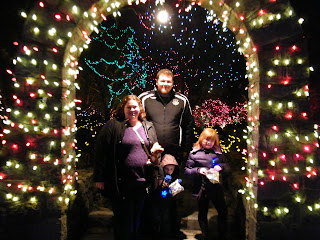 I especially enjoyed how they created glowing branches by using up lighting with coloured filters on the deciduous shrubs! The effect it had was sublime! 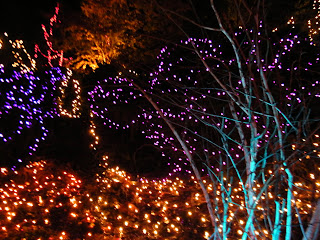 The Make a Wish Foundation was also there adding to the light display with candles lit by donation. 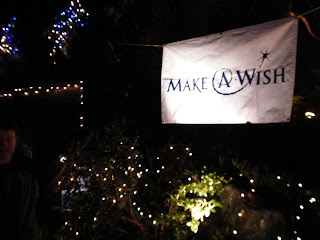 The kids both lit candles. She wouldn’t tell me what she wished for. I gather much like blowing out birthday candles, it won’t come true if you tell! He had no problem sharing his wish, ‘fast Thomas’. He’s doubling up his chances in case Santa falls through! 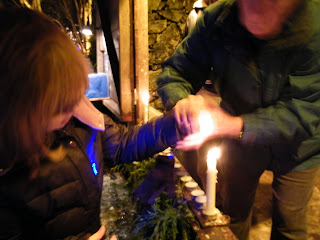 Every corner of the garden had been transformed. My favorite spot was in the cave. With an assortment of tree branches and white lights decorating every inch of the cave, you really felt like you were walking through a truly magical place! 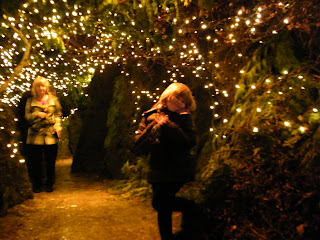 We watched the light show on the lake. It was fantastic! Unfortunately I ran into some battery problems and was not able to take any video of the light show. You’ll have to trust me that it is worth the adventure down to VanDusen just for that part of the evening alone! 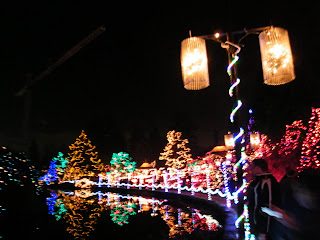 Back up near the herb and aroma garden, a winter wonderland awaited us! The kids were suitably impressed with being able to walk and wander in amongst the twinkling lights.

“They are like stars Mom!” I was told by the youngest. I could see why he’d think so. All of those twinkling lights leave quite an impression on a young mind. 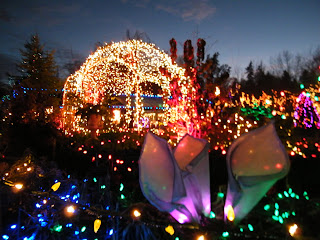 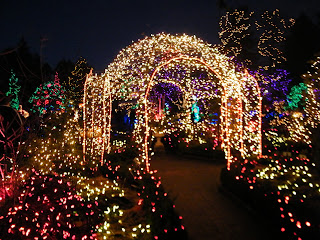 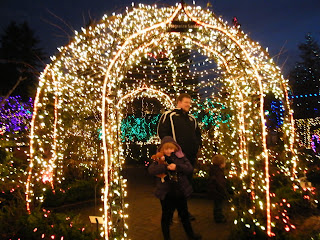 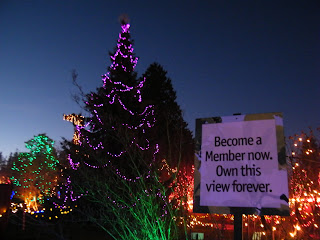 The kids favorite part of the evening, bar none was playing at the sled beside the Sparkling Spruce! 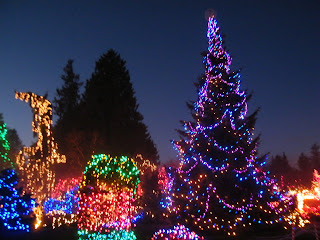 This display is entirely interactive. It was hugely popular with kids of all ages lining up to play! From Santa’s sled the kids could control what lights that were illuminating the tree. With one touch of a button the spruce would come alive with lights and colours, complete with a glowing ball on top! Depending on the order of the button, a dizzying array of different coloured lights would dance and sparkle across the Spruce. 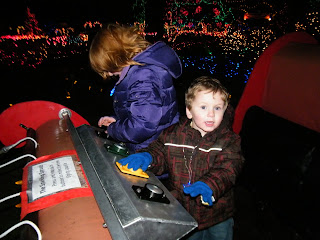 With all roads leading to that stunning spruce the kids put on quite a little light show of their own! 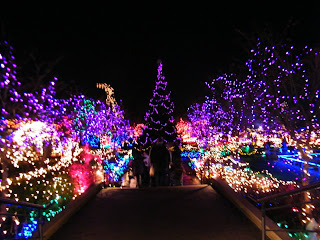 Back up by the Garden shop we met up with Santa, and Cedric had a chance to remind him of that Thomas train he wants 😉 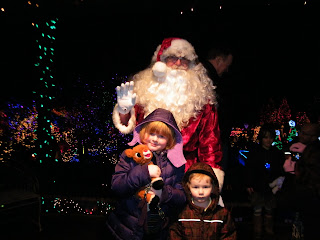 There we even a few on hand he could point to for clarification.
“See Santa! It’s fast!……” 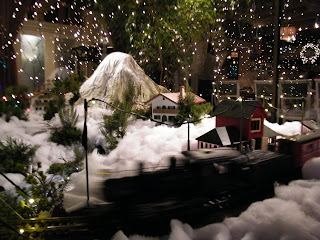 Through it all we enjoyed the stylings of the VanDusen Christmas Choir, belting out some of my favorite Christmas hits. They really added that extra layer of festive cheer to the evening! 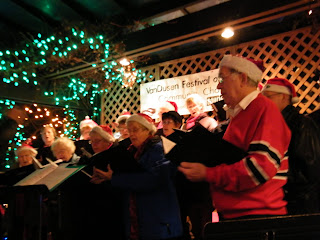 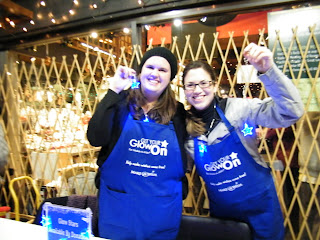 The kids were lucky enough to take home their own little stars from a night full of them.

The looks on their faces? Priceless. 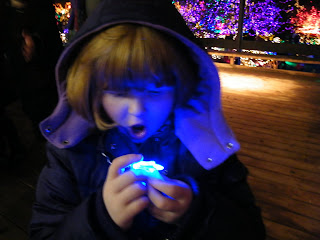 We had a lot of fun at the festival of lights! But there were far too many pictures to fit into one post. So stay tuned tomorrow for the second part of our adventure to VanDusen Gardens! 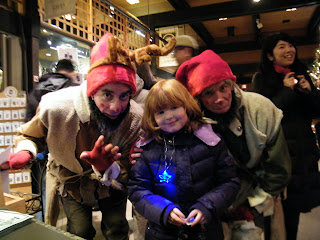 Available at Tickets Tonight, the Garden Shop or the gate:

Children under age 6 are free

This entry was posted in Children in the Garden, Christmas, VanDusen Botanical Garden. Bookmark the permalink.

3 comments on “Counting Stars in the Night at VanDusen Gardens.”