Tomorrow is the official start of Earth Week. I celebrated my first Earth day 2 years ago, just after I first started blogging about my garden adventures. Looking back, so much has changed, including where I blog. 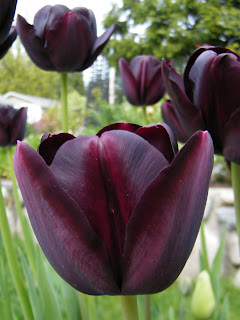 This year I’ll be kicking it off bright, shiny and early with the city of Port Coquitlam at a composting event. Now I am not new to composting. I got my start turning trash into black gold years ago. Due to the area I live in, my biggest garden pests are the local Bears. I have to watch what I compost. Meats and bones cannot find their way into my bin. Who needs another attractant for these supposedly nocturnal visitors.

And so it came that Port Coquitlam decided to change it’s garbage collection system to include composting in our green waste pick up (yay!) Who could argue with that, right? Cough cough, cough….er, me?

Yep. I had a problem. Although I was all in favour of the city compost collection service, I was shaking my head at the details. The plan? Well, they had decided before even starting the new compost system, that we would all transition so easily that they would stop one of our weekly garbage pick-ups at the same time. In this new system, we would be receiving Garbage and Green waste as a bi-weekly service. Ar, hum…..problem. They know about the bears right? 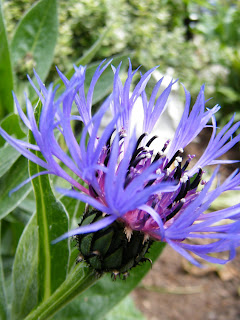 After complaints from numerous PoCo–ites at council meetings, on Facebook pages and even a letter to the editor penned by my Husband (that received a call from the Mayor to talk further on the issue), they came up with some much needed amendments to the system. First off, they gave us almost a month of trying the new compost system before retracting our garbage services. This was a fabulous way of wading people into the new reality. Also to address the very real concerns about our local garbage bears, they promised to an increase in compost pick-ups through the warm months. Starting this May they will be picking it up once a week. Now we can all hope that people are locking up their Garbage and Compost with a good Bear proof lock, but as many in my Neighborhood don’t, regardless of the new by-law, this once a week pick-up is necessary! 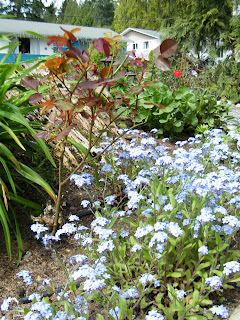 With all these changes, the system took effect last January, and it has been a positive force. In our household there are 7 people (including the suite) we previously would fill one garbage bin a week. Now being able to properly compost everything from meat, cooked foods, bones to cardboard and pizza boxes we have cut our household garbage down by half. We still have our visiting wildlife, but so far I have not noticed an increase in their regularly scheduled visits. I’m sure we could see a decrease if the city started backing up it ‘mandatory garbage lock’ threat this summer, but that’s for another day.

Back to tomorrow. I would have loved to see the city participate in composting workshops like this last year before they implemented their changes, but better late than never! I am eager to get out tomorrow and talk about dirt. I will be blogging about the event tomorrow so pop on in to hear about the goings on. Early I bet, as the event starts at 730am and runs until 930am. I will be there even earlier than that talking to Global TV about the great work that the city has done to deal with our complaints and suggestions on the implementation of the new system.

Oh yeah, to top it off they are giving away free bags of compost and a kitchen compost bucket to the first 100 people in the door.

They had me at compost 🙂

This entry was posted in Composting, Port Coquitlam. Bookmark the permalink.