Taking a walk in the Sky

This weekend the CMO officially opened here in Port Coquitlam.
This overpass has been talked about for almost a hundred years.
Yesterday it was finally ready for the masses. 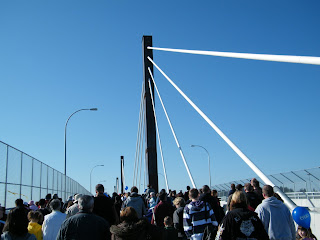 There was music, antique cars.
The kids played ball hockey, the North side Vs the South side.
It was epic!
The adults played a little pick up hockey (Hi honey!).
All surrounded by a pristine day, and spectacular views. 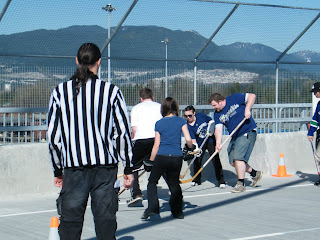 There was even a Bald Eagle watching our celebrations.
Not sure what to make of us I bet!
(Sorry no picture! He was just too far away.) 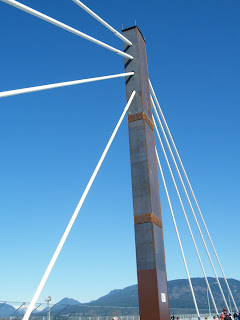 Metro Vancouver was there getting people to sign up for the Tap Water Pledge.
Here at the Dandelion Wrangler we encourage everyone to sign up.
We made the switch a couple of years ago, and have no regrets!
I took the pledge anyways. Free pin! 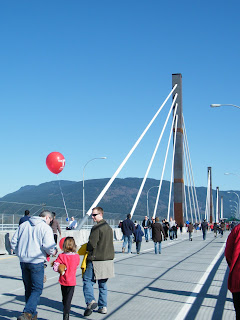 Timmy’s was there early giving out free coffee.
And later San Remo’s was handing out slices of honestly, the best pizza in town! 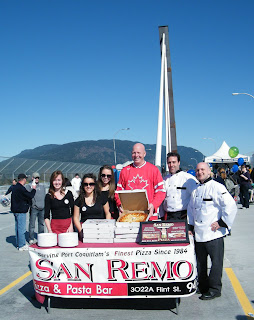 The Heritage society was there too, giving a history of the rail yards.
Which are amazing by the way. 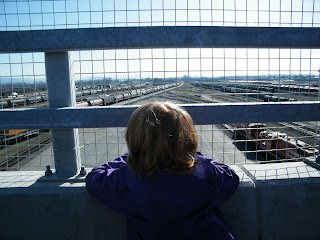 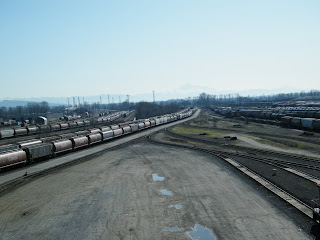 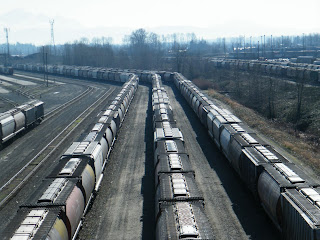 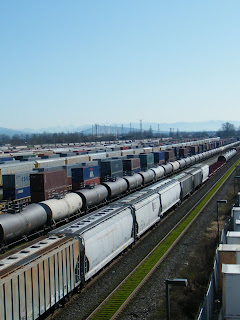 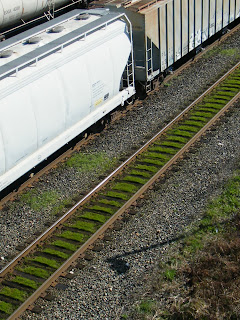 We are thrilled with the opening of this bridge.
I know many whose commutes will be cut down by at least 10 minutes.
That may not sound like much, but when that entire 10 minutes is spent idling on Lougheed Highway, it become a huge deal.
There are other ways in which this bridge will help us all live a greener lifestyle.
One of the biggest is the bike lanes going both directions.
For those who bike over to the West Coast Express, or are thinking of doing it,
this ride is a breeze.
With some good views to boot! 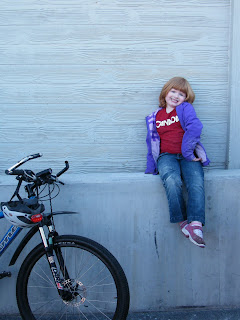 This entry was posted in Port Coquitlam. Bookmark the permalink.

3 comments on “Taking a walk in the Sky”